I’ve been taking photos since I was a kid – I might have been about 9. My first camera was an old Yashica twin lens reflex camera my mother used to use – actually, I think it was my father’s old camera he used during the War. It was a medium format camera that took 2 1/2-inch by 2 1/2-inch square negatives. When my parents saw I was messing around with the old Yashica, they bought me a point-and-shoot camera with a flash – I don’t remember the brand name. I took pictures with that for years and learned about composition and exposure from just taking simple pix with that camera. I always had it with me – a practice I follow to this day.

My first SLR was another Yashica. My father lent it to me when I went to England to stay with relatives when I was 16. I had fun all summer traveling around the country with my cousins and photographing everything from the Peak District to the Cornwall coast. When I came home, I’d done so well with the Yashica that my father gave me my very own Mamiya SLR for Christmas! I’ve still got that camera although the shutter no longer works and the exposure meter gave up the ghost years ago.

The Mamiya was an odd camera – it only featured a TTL spot metering system. It was strange to get used to when the other cameras I’d borrowed from my father had an averaging metering system. But soon I began to appreciate the exact control you could get over exposure using a spot metering system. I still use that metering system a lot today with my digital cameras. You can get a precise reading from any object in the frame whether it is dark, light or in between. By taking a reading from the lightest object and then again from the darkest object, you can make a zone system-type calculation to get exact exposure for any scene. It is especially helpful for back-lighting.

When the old Mamiya body died years later, I was able to find a used body for sale to replace it – handy since I’d acquired a slew of lens in practically all focal lengths, over the years. I suppose it probably still works, but I’d have to drag it out and try it – I’ve moved on to digital SLRs and rarely use my old film cameras, some of which are very “long in the tooth”.

I do have an old Nikon FE2 that still works very well – I use it for B & W film shoots, just for fun. I’ve always like B & W. I learnt to use a dark room from my father when I was a teenager. He had all the necessary darkroom equipment. We used to use a small powder room in our house, mainly because it was the only room in the house with no windows. We’d stuff towels under the door and kneel in front of the toilet where we had the enlarger set up. The pans were on the floor. We kept the water running in the sink for rinse. It was small, awkward and stifling. But I learned how it all worked.

Having constructed a number of darkrooms since, in various situations, I really appreciate using Adobe Lightroom with my digital photos! I’ve always liked messing with photos in the darkroom, just not the stuffy, smelling situation of being in the darkroom for hours. Now you can sit in perfect comfort in front of a monitor and work on things for hours with nary a fume to breathe in. And no worries about light leaking into the work space either. There are just so many advantages to going digital, I’ve not really looked back since adopting it. Although I’ve still got all my old darkroom stuff, it’s sitting stored in the basement and I take my film work to a neighbourhood shop that does an excellent job.

I studied visual art at University of South Carolina – at first, I thought I wanted to do commercial art. I looked at photography as basically a hobby. Later, I studied graphic design at Red River College in Winnipeg, Manitoba. I’ve learned enough about that to be able to stick up this website, have some fun with it, and to do a fair amount of design work for others. But I spend my time these days exclusively on photography. I’ve followed that with the diploma from the Professional Photography Certificate program at the New York Institute of Photography.

We used to live in an old Victorian house in the historic “character” neighbourhood of Wolseley, near downtown Winnipeg, Manitoba for many years. You can see some of my photos of the “Hood” in my portfolio. But we got tired of living downtown in the city, not to mention the constant renovation work and fix up you get living in such an old house. I grew up in the country and we finally decided to move out of the city. Now we live on a small farm near Riverton, Manitoba in the Manitoba Interlake. I’ve featured many pictures from this locale on my blog and decided it would be easier just to live there – it’s one of my favourite places to photograph! Please enjoy! 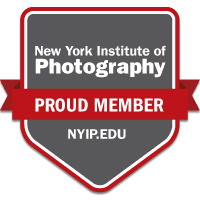